Mars is the last released Dota 2 hero which is still amazingly popular.

Maybe, the last hero for Dota 2, may remind you a League of Legends champion Pantheon. But this one is a totally different story. Despite the fact that look of Pantheon and Mars are very similar, they have a completely different set of skills. But there is something in common, both of these spartan heroes are incredibly strong. The whole idea of using spartan warriors as a playable hero is incredibly popular. 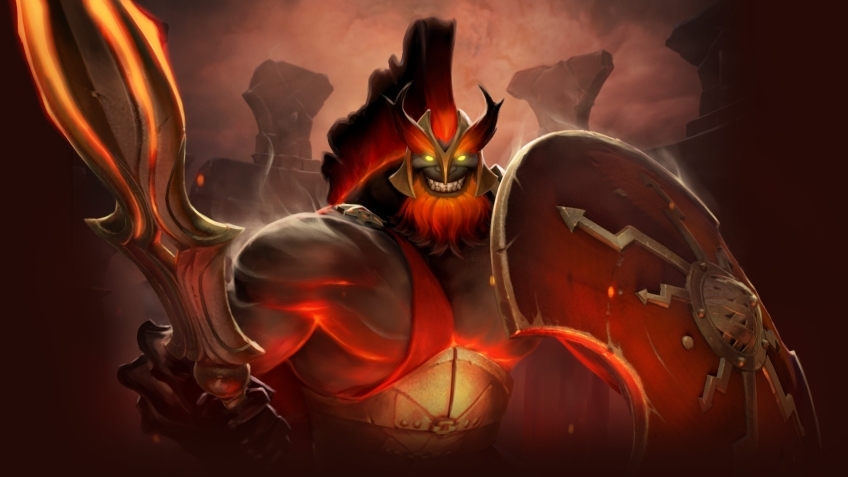 Mars is a very stylish and charismatic hero who is known as “God of War”. He has very decent abilities and stats. That’s why he is a popular pick for many Dota 2 players. Many players even decide to use him for MMR Boosting because this hero is really easy to use to carry the game.

His first skill is as simple as hell, but the usage of it is only limited to your imagination. Mars throwing his spear toward an enemy and pushing them back. If there is a tree or any other obstacle the enemy hero will be pinned to it, stunning him for 2 seconds.

The second skill is a pretty meme, especially if you are playing on a free farm against squishy opponents. Mars hitting everything in front of him in a cone with amazing power. The damage depends on your damage, and it always causes a critical hit. Hit level 25 and you will be hitting as hard as Phantom Assassin. Blink dagger, Desolator, Vladmir’s Offering and here you go – one shotting beast who could not be beating inside his arena.

The third skill is passive which block up to 75% of physical damage in front of him and up to 40 by the sides. And that is why he could not be beaten by any physical carry. The only way to beat this god is to buy Silver Edge or have enough magical burst damage.

Ultimate of mars is an Arena of Ashes, that creating an arena from where enemies could not escape. An opponent could be pinned to the arena, it is an interesting interaction that must be used in any situation!.

There are many strong picks in the Defence of the Ancients 2 such as Lycan, Clinkz or Phantom Assassin. However, hero pick shouldn’t determine your choice and it’s much better to play for fun with Hero you like than the one which seemed a bit overpowered in the current meta!

5 Steps For Developing A Marketing Tag Line For Your Product

Most Popular Forms Of Online Entertainment

Is bitcoin dedicated server worth your money?